Опубликовано 19.02.2013 Relations with other, Relationship with a

Today I would talk about specific plants, traumas and psychological development problems faced by girls, and which make women vulnerable in adult life.

Installation: "Baba,". Found in milder versions, for example, the Pope uttered with a sigh: "Oh, women!". Even if this setting does not determine attitudes towards women, but sounds of significant people in the presence of girls 3-13 years, in her mind, it sounds like this: "women are stupid, Daddy doesn't like stupid, I'll do anything not to be like a woman"

Behavior: from this moment a girl tries to avoid conduct that is considered typically female. She looks down at my mother, preparing food and uhaživaûŝuû for children, seeks to make men's career, avoids feminine outfits. And all this to prove that she's not like all women, she is not stupid.

By itself, this lifestyle is not a problem, of course. The problem is that the girl represses his feelings and desires, which relates to the typical female. Not crying, not asks for help, not said that it hurt, suffer physical discomfort, etc. If the emotions and needs long suppressed, they are rarely recognized and ignored. This leads to an internal neosoznannomu.

Manipulation. Such a woman is generally very useful, because it is not aware of their own feelings and needs. She doesn't know how he wants to spend a weekend, so easily will help you in your endeavors. She is not aware of your own so you can push on adventures (a type of surety for million loan), it is not considered with fatigue, so it can plow.

Most importantly, add flavor requests "random" stories about female stupidity and worthlessness. These stories reinforce her child fitting that a woman be ashamed and stupid, so she will do everything to prove that it did not arm such that she is a great guy, despite the "unfortunate fact" that she was born a girl.

And it does not understand the same as love her more from this will not, it seems that if it is not "all of these," Dad will love it. 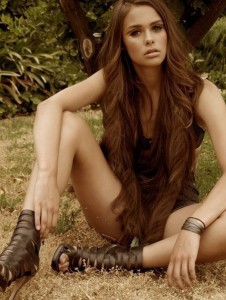 Typically, this girl hears when doing something uncomfortable for others: screams, fights, something broke — that is, commit acts of aggression.

Often adults don't think, what caused this behavior, and by all means seek to abolish it. Meanwhile, aggressive actions are more likely to be a natural reaction of the child in a situation where its boundaries are broken, his interests are infringed. For example, a girl feels intense jealousy to his sister, but the parents all the time say that it should not be jealous, "sissy same small" voltage girls grows, parents are denying the problem and does not help the child, it is only natural that baby scoop on someones head banging. But in response he hears: "Girls don't lead"

Often this girl stands for this: girls should not have to defend itself, to defend their rights and we must all endure.

Behavior. This girl will ungrudgingly tolerate izdevaûŝegosâ husband humiliation at work, to perform the duties of others work for next to nothing, all concede and feel impotent, dependent and helpless. Withholding rage can provoke a psychosomatic illnesses.

Manipulation. Think you realized that can from such girls get surrounding. These sad sighs co-workers and mother-in-law: "Oh, ladies share!" usually precede the request to write someone else's report or to suffer a little more her alcoholic son.

Separately worth adults installation options "girls don't come" that sound like constant reproaches in neženstvennosti, neseksual′nosti, comparison with other "real" women. She again refused and the right to be called a girl-woman, she once again "not worthy", and therefore suffers betrayal, humiliation, impairment and fewer every day caring for themselves.

Women with such installations often attend "training of female sexuality", training of oral sex (and any), trainings for the development of femininity and stuff. And in this industry and built: describe the perfect woman that you start again compared to themselves and make sure that you're not feminine (under the influence of the child installation), and then you go and donate money.

Today, I described only two options settings that gets the girl in childhood and that allow you to manipulate life. These settings are based on gender stereotypes.

Kindness to overlook, as your behavior is influenced by stories about female interlocutors stupidity. What feelings you feel when doing this? When and with whom you felt this before? Think how many people in your surroundings have such prejudice against women? If Yes, why?  Just remember, that such statements can make you come at the expense of your interests. And learn to take care of yourself any: manly or feminine. Learn to recognize and accept your feelings and needs, act in their interests. And change social circle. We often seems normal that surrounds us from childhood, even if it is disrespectful. But there are many people able to respect you and yourself, regardless of gender